The Associate of Music degree program involves 18 hours of study that is a combination of academic music study (music theory and aural skills) and practical study (private lessons and music ensembles). The degree is designed to prepare students for additional upper level studies. 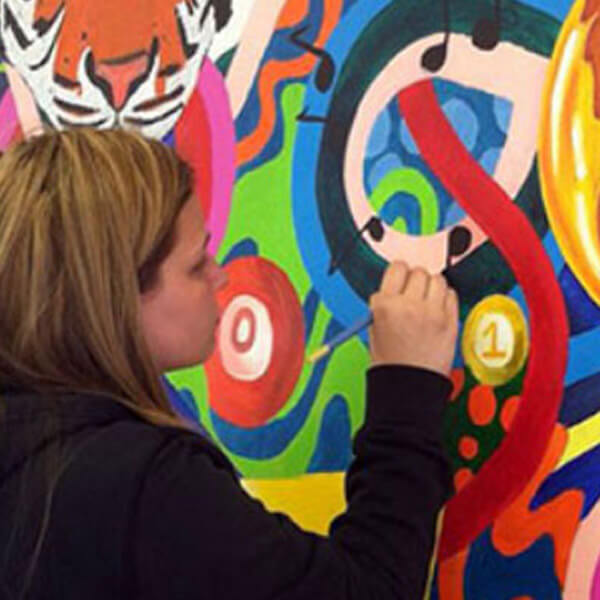 The Visual Art concentration allows students to develop a strong foundational education in the elements of design, principles of design, and artistic processes. The 18 credit hours of studio art and art history courses are designed to prepare students for upper level studies. Prior to coming to Andrew College, Deborah Liss-Green was Assistant Professor of Theatre at Darton State College (now, Albany State University) where she also taught English and served as the Theatre Facilities Manager.  Deb acted professionally with the national touring company of The Shoestring Players, based in New Jersey, before committing to education and educational theatre.  She is the recipient of two Kennedy Center American College Theatre Festival (KCACTF) Meritorious Achievement in Directing awards, as well as two KCACTF honors for hosting and serving as program coordinator for two regional festivals. Her husband, Jeff Green, is Chair of Dramatic Arts at Georgia Southwestern State University, and the two frequently collaborate, along with their students. Most recently, Deb coordinated costumes, assistant directed, co-produced and performed the role of Mistress Quickly in Shakespeare’s Henriad, a collaboration between Darton State and Georgia Southwestern State University, which played in both Albany and at the historic Rylander Theatre in Americus.  Deb’s MFA in acting is from Brooklyn College, City University of New York, where she studied with Academy Award winner and “Homeland” actor, F. Murray Abraham, among others.  Committed to training her students in all areas of theatre, Deb is proud of the achievements many have made in design and technology at the regional level and in their success in transferring to four year programs and onto graduate school and successful work in theatre and other fields. To find out more about the Theatre Program at Andrew click here.